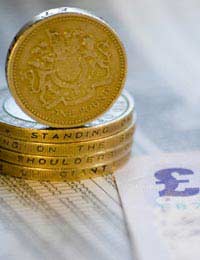 It's perhaps hard to believe, but there are people who don't claim what they own in government stock, also known as gilts. What makes these different is the fact that they aren't common stocks, and not something easily forgotten, although it obviously does happen - although, to be fair, far less often than with other stocks and shares; there are fewer unclaimed government stocks than in the general market.

What Are Government Stocks?

The government has to have some way to fund the amount it spends on different programmes. Much of that, and therefore much of the National Debt, comes from borrowing. Government stocks are, in essence, loans made to the government for a fixed time, with a profit when the loan period is over. Interest is paid to the stock holder during the period of the loan.

Government stocks are often called gilts, because they're deemed to be gilt-edged investments, there's no danger of losing your money. The worst that's likely to happen is that they'll be worth less if interest rates increase.

It's not too common for individuals to buy gilts. They usually make up part of a bigger mutual fund - the safer part. They interest rate they pay generally isn't as high as other stocks, but the risk is much, much lower.

Anyone actually wishing to buy government stocks can do so at the Post Office. However, if you do it that way, you'll find that the interest is taxable and paid gross.

If you have government stocks and have mislaid them, or perhaps you're the heir to an estate that you believe includes them, you'll need to make a claim.

Going back a few years, it was National Savings and Investments that looked after government stocks, but more recently they've come under the auspices of ComputerShare Investor Services, one of the big share registrars.

They will need a certain amount of information in order to help you. As well as the type of stock you believe might belong to you, they'll require all the certificates relating to the stock that you might possess, the name and registered address of the holding, and if you have it, the account or folio number.

Of course, with an unclaimed account you're unlikely to have all that information, so just give all you can.

From there the procedure is easy. Once it's been established that you do have a claim on government stock, either as the owner or the heir to the owner, you'll have to produce the appropriate documentation to be able to claim the shares.

Along with the shares you will be due any interest that's accrued over the years. If the term of the stocks has finished, you'll be able to cash them in, which will give you a nice little cash sum, or you can renew them.