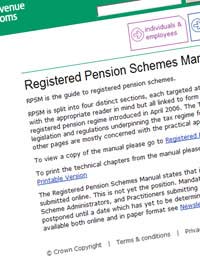 Pensions have always been a tricky area. We know we’re entitled to a state pension, but once you get into the idea of occupational and personal pensions, most of us become lost very quickly – and that’s not good, since we’re talking about our money and our future.

For several years – between 1988 and 1994, to be precise – a number of people whose pensions were occupational and salary related were told that taking out personal pensions was a good idea. The same applied to some who still had pensions with a former employer.

The problem is that a number of those who were given that advice might well have ended up financial losers, according to data from the Financial Services Authority (FSA). They decreed that firms who sold pensions during that time had to review every one, and where customers had sustained a loss, they had to be compensated.

Those who thought they’d been mis-sold pensions had until 2000 to send in a form to the pension company in order to have their cases checked, although the initial reviews began in 1994.

Although probably all pensions should have been reviewed, it was in fact limited to those who’d requested a review. Inevitably, some people will have missed the 2000 deadline. Even now it’s not too late. If you wish to have to pension reviewed to discover whether it was mis-sold, you can contact the company that sold it to you and request what’s termed a 'special pensions review procedure.'

The review works by comparing what a person might have accrued in an occupational pension as compared to the personal pension they’d been advised to take out. If the former was higher, then the company that sold the pension has been required to make up the difference.

There are various ways to remedy that loss. It could be done by putting the customer back in the occupational scheme, where possible. If that couldn’t be done, then the customer would receive the difference in a single payment. In some cases a review will be carried out when the customer hits retirement age and any financial losses made good then.

In the event that your pension company has gone out of business, those cases are being handled directly by the FSA, so you’ll need to apply to them, although their awards have a ceiling of £48,000.

Things are somewhat different with the State Second Pension (S2P) or Serps, as its predecessor was known.

Although the Financial Services Authority has admitted that contracting out of S2P was a mistake that could leave people £4 a week worse off after retirement, they found no evidence that these pensions were mis-sold, although they do have guidelines to follow for anyone who does feel they may have been sold an APP. Making a successful claim is unlikely, however.

About Court Funds
Share Your Story, Join the Discussion or Seek Advice..
[Add a Comment]
I was told to opt out when I was about 30 by the royal London that was about 17 years ago last year I contacted them because in all them years I never received a statement from them in complained about that and that I think I was miss sold the serps but they would not admit to it but give me £ 300 for not sending me any statements
Martin - 23-Jan-18 @ 9:14 PM
my died in1992 and we didn't get pansion fund for him we only received 6000 that said is for uif
isaia - 5-May-17 @ 10:41 AM
@tilds - you should contact the Pension Advisory Service for some extra information via the linkhere . I hope this helps.
UnclaimedFinances - 25-Jun-15 @ 3:01 PM
I am after advise on my dads pension. I have pay slips from the late 80s that show he paid into a private pension. But on contacting the employer they informed me that he wasnt entitled to anything. Could someone please steer me in the right direction. I believe that i am being put off easily.
tilds - 24-Jun-15 @ 12:14 AM
Title:
(never shown)
Firstname:
(never shown)
Surname:
(never shown)
Email:
(never shown)
Nickname:
(shown)
Comment:
Validate: