Claiming Back Your Council Tax If You Have Overpaid 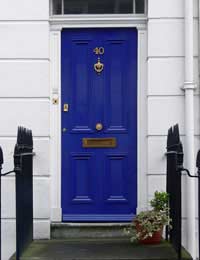 Council tax. We all have to pay it, and every year it goes up, leaving us to dig deeper and deeper into our bank accounts simply to keep up.

But what would you say if you were to learn that it's possible you've been paying too much in council tax? Not only that, but also that you could reclaim the excess you've been paying for as long as you've lived in your property or from 1993, whichever is apt.

Now that would be worthwhile, not only for the payout, but also for the black eye it could give the local council. Since they rely on the income from council taxes, you can understand why councils haven't been too eager to spread the word about the fact that a number of people have been overpaying for years.

The problem began in 1991. Back then houses were valued and put into different bands for council tax purposes. The bands ran (and still run) from A to H, A being the cheapest and H the most expensive. Tax is charged according to the band your property is in.

You'd imagine that such an event would have been thoroughly and carefully organised, but it wasn't. Indeed, much of the banding was left to local estate agents, who simply drove past and allocated a band (although, to be fair, it was roughly based on house prices).

Estimates of just how many houses have been incorrectly banded vary greatly. Those in the business of helping people reclaim money insist the number is in the high thousands, but the Valuation Office Agency, which handles banding nationally, insists the number is actually tiny. It's notable, though, that the VOA revaluation promised in 2005 has been postponed indefinitely.

Are You In The Wrong Band?

That's easily achieved. Simply go to the Valuation Office Agency website (www.voa.gov.uk) and click on the "Council Tax" link. That applies if you're in England or Wales. If you're in Scotland, go to the Scottish Assessors Association site, www.saa.gov.uk.

If you're in a higher band than your neighbours, you might have a case. However, before you go any further, go back and check the 1991 prices of the properties, since the bands were calculated from those.

Use the Nationwide House Price Calculator (www.nationwide.co.uk/hpi) to determine the price of your house and other comparable properties in the street in 1991. You'll find you have to reverse the process a little, as it's intended to let you see how much your house has gained in price, but it's easily enough accomplished.

Once you have that 1991 figure, simply compare it with the table on which bands were assessed. If by checking both the bands of neighbours' houses and the 1991 valuation, you believe you're in a band that's too high, go ahead and make a challenge.

Be warned, however, that not all challenges succeed. When you ask for a reassessment, it could end up with you being slipped into an even higher band and owing yet more council tax. Like any gamble, there's risk involved.

Contact your local listing officer, who deals with tax banding (or local assessor in Scotland). If you've lived there longer than six months, write stating that you believe the property has been wrongly banded, and why (it's much easier to have an assessment done if you've been in the property less than six months). The VOA has an official list of reasons for appealing against banding, and your case will look stronger if you quote from this. You also have the option of appealing directly to the VOA or SSA online.

If your challenge is turned down, you might have grounds for appeal, but proceed cautiously. But if you succeed, you will be re-banded, and you can expect a rebate of your overpayment, from the time you took over the property (or from 1993, if you've lived there since then).