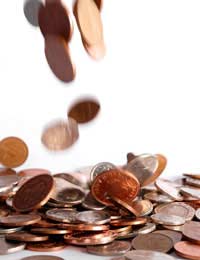 Plenty of people have to fill in a self-assessment tax form every year, and it’s all too easy to end up overpaying on your taxes, only to realise what you’ve done later. Many will just shrug their shoulders and chalk it up to experience, hoping they’ll do better next time. But if you’ve genuinely overpaid, why shouldn’t you claim the money back? After all, you earned it in the first place and you deserve it.

It’s actually surprisingly easy to do – so be one of those who takes full advantage of the system to keep what’s rightfully yours!

Claiming Within a Year

You might well have made a mistake on your tax return – let’s face it, it’s very easy to do. Correcting that is quite simple if you do it within a year of the filing date. The filing date is given as January 31, giving you until January 31 the following year to make the adjustment.

To do it, simply contact your Tax Office in writing with the correct figures and the boxes they apply to. It could result in you having overpaid, and if that’s the case, simply inform them of the repayment method you’d prefer. You can have it sent to you, or deducted from whatever might be due on the next Statement of Account that you receive. However, if it’s just a small refund (under £10), or the current date is close to when your payment is due, they’ll automatically deduct it from that Statement of Account.

Note that Box 19 of your tax return offers choices as to what you wish done with any overpayment. Not ticking the appropriate method means that any money owning to you will go to your Statement of Account unless you contact the Tax Office later and inform them otherwise.

When It’s More Than a Year

Things become more complicated if more than a year has passed. In general terms, you have up to five years to make a claim for overpayment, although if it’s due to a mistake by the Tax Office, then you can be granted longer.

If you’re claiming for a prior year, write to the Tax Office and tell them you’re claiming the amount in what’s known as “error or mistake relief.” Don’t expect it to be quick or easy, since HMRC will then go through your entire tax return for that year (in other words, you’d better be quite certain and not hiding anything else).

If it’s established that you are owed a refund, then you can receive it by cheque, or a transfer into your bank or building society account, or it can be credited to your Statement of Account.

You will receive interest on the payment. It accrues from when you made the tax payment until the end of the month it’s repaid to you.

There might be years when you didn’t fill out a tax return, but still feel you should have money coming back to you. Write to the Tax Office and state your case. Again, there’s a five year limit. Realistically, your chances of securing money back without a tax return and plenty of supporting documents are quite small.

In many cases, especially where the claim is over a year old, you might well be asked for supporting documents, and they’ll take their time analysing your tax return. In the end they might well reject your claim, so be prepared.