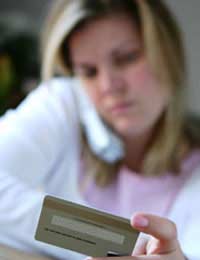 Wherever’s there’s money, or money to be made, there are scams; it’s almost like a law of nature, or perhaps a law of the jungle. When criminals sense an opportunity to part people from their money, they’re on top of it, and doing everything to make it happen.Understandably, when the idea of going after unclaimed funds became popular and widespread, they started to hatch plans to claim a share of other peoples’ finances.

What they’ve come up with is really just a variant on an old scam, tailored to the unclaimed funds idea. In that regard, it’s not very original, but it does work hard to gain the confidence of those, and it’s one tailored to part you from your funds – real ones, not unclaimed – in several ways.

How The Scam Works

Scams never seem like scams, of course. They’re meant to seem like opportunities, to appeal to greed. So a spam e-mail talking about the amount of unclaimed money out there, and how some of it is yours, is going to appeal to some people.

Nor does it even seem like a catch. You simply have to call a phone number, give them some details, and let them do the rest. Simple enough? Well, yes and no.

First, beware of that phone number. Is it a premium line that could be costing you £1.50 a minute, with the profits going to the scammers? You’d better make sure before you call.When you do call and give your name, you’ll discover that there might well be money for you, but it’s going to require an advanced search, and you’ll have to pay for that.They’ll also want more information about you, and that will include both personal information and financial information, all of which could easily lead to identity theft.In other words, they’re maximising their opportunities to get you every possible way. In a way, you almost have to admire the way it’s engineered, even as you despise what they’re going. It goes without saying, of course, that they won’t help you find a penny in unclaimed funds.

How To Avoid The Scam

There might well be unclaimed finances out there owing to you. But there are simple ways you can find out that won’t cost you anything at all – several sites exist that can help you, and they’re all completely legitimate. Checking actually only takes a couple of minutes or less, and there are also services that are above board that can assist you in making a claim if you need it (they do charge a free), although it’s often simple enough to do on your own.

You should never respond to spam e-mails, it’s just asking for trouble. If what they had to offer was so good, they’d advertise properly. If the phone line is premium rate, that’s another tip off that something suspicious is going on.

Above all, no matter how convincing they sound, you should never give out personal and financial details to people you don’t know. That’s very, very dangerous.

The simplest way to avoid this scam is to simply not respond to the spam mail, for your own safety.