Home > Basics > What is Unclaimed Money?

What is Unclaimed Money? 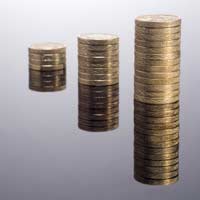 Would it surprise you to learn there’s at least £15 billion in unclaimed money in the UK? In fact, although no one has come up with an exact figure, or even anything close, quite a few people believe the amount is much higher than that, in excess of £20 billion. At that level it doesn’t really matter – it’s a lot of money!

Most of this money has actually accumulated by accident. There are so many reasons money goes unclaimed. People forget about accounts, don’t notify of changes in address, or companies change their names and customers returning after a long period can’t find them.

Estimates are that one person in 12 forgets to inform their bank and other financial institutions when they move, so it should hardly seem beyond belief that people would forget entire accounts over the years.

How Is It Distributed?

Much of it is guesswork, of course, but one company believes that there’s $5 billion in dormant bank and building society accounts, with another three billion each in National Savings, pensions, and shares and dividends. They also think there’s a billion in unclaimed life policies, and around £300 million of unclaimed lottery winnings.

Think about that. On paper they’re just words, but it means people have been very forgetful, or a lot of them have died without making a will or informing relatives of accounts. Some of that unclaimed money might well belong to you.

The lion’s share of unclaimed funds lies in banks and building societies, much of it in dormant accounts, which are accounts that have had no activity for a set period of time, and where the institution hasn’t been able to contact the account holder. For banks the period after which an account is classed as dormant is a year and for building societies three years. After that, the money is classed as unclaimed.

Given the emphasis on having a pension these days it might seem astonishing that anyone could forget they had one, but lots of people still manage to do it. In some ways it’s actually quite understandable. People switch jobs regularly and may not even realise they have money in the pension scheme of a former employer.

When organisations like building societies go public – that is, float shares on the Stock Exchange – it can sometimes happen that members fail to claim their shares. It could also be that someone has shares in a company that’s been taken over or undergone a name change, and the person can’t trace them – and so the shares go unclaimed, along with the dividends.

Much of the billion pounds held unclaimed by National Savings isn’t actually savings at all. It’s really premium bond winnings that no one has ever claimed. However, don’t discount the amount of forgotten accounts, too. With their low profile, it’s perhaps not too surprising people forget these compared to the lottery and banks.

Usually people lose track of their insurance policies because the company’s been taken over and when they look, they can’t find them again. But there’s still money due to the policyholder – if they can find the company and the policy!

Losing a lottery ticket is something that’s happened to many of us at one time or another. It’s probably just as well that in many cases we’d never know if it was a winning ticket – that wouldn’t just be frustrating, it would be heartbreaking. But that’s the reason for unclaimed lottery money.

How Long Will They Keep It?

How long you can claim varies a great deal. However, there are moves by the government to put limits on unclaimed funds, to be able to use the money for other purposes.