Who Benefits If Money Isn't Claimed? 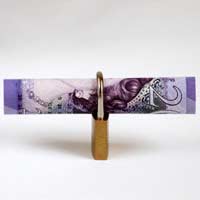 Unclaimed funds are a hot topic, and given the amount that's unclaimed - possibly more than £20 billion - they're likely to remain so. But no matter how hard everyone tries to match up the money with those who'd lost track of it or never really knew about it, by no stretch of the imagination will it all ever be snapped up.

That leaves the question of what to do with all that money that's never claimed, and there will still be a lot of it. But perhaps the first thing to be asked is what time limit should be put on unclaimed money before those funds can be used for other things.

How Long & How Much?

As of the middle of 2007 the government was looking at a time limit of 15 years during which funds could be claimed. It's a fair amount of time, giving ample chance for anyone with a reasonable claim to follow up, investigate, and take the money. After 15 years it's a reasonable assumption that whoever owned the money is unlikely to come forward, although the banks want their customers safeguarded (not to mention the money - they didn't want a comeback later and to have to pay out to customers what they'd already had to give to the government). They also launched campaigns to make people more aware of the unclaimed funds out there.

As to how much the government might be looking at, no one is absolutely sure, although it was estimated that initially it around half a billion pounds in dormant bank accounts that have been around more than 15 years, and almost as much held in other dormant accounts by National Savings and Investments. With those two alone, it adds up to a healthy chunk of change, and even more if you add in money from other areas.

What Happens To The Money?

The government's aim would be to put this unclaimed money into one large fund under the auspices of the Treasury. It would earn interest, just like any account, and be added to each year as money was released from accounts that hadn't been touched in 15 years.

The fund would be used to help pay for youth services and a variety of community projects that might otherwise get little or no government backing. By topping-up the fund on an annual basis, the idea is that it would be self-perpetuating.

However, what still had to be decided, with a decision due in 2008, was what to do with the NS&I money - the dormant accounts totalled less than half of the funds lying untouched in its coffers. The government had proposed using that money to help reduce the National Debt, but others had come up with different ideas, so the conflicting solutions have to be resolved.

Of course, the government doesn't have all the good ideas about the unclaimed money out there. What about private investment banks? They, too, have dormant accounts, and through the Balance Foundation, they were able to use part of that money, when it was released, to help fund 28 different charitable projects that benefited older people. Balance ran for four years, until 2007, and proved to be very successful as a voluntary way of disbursing this money, a model that could work for similar government projects.