The Case of Nationwide & Portman 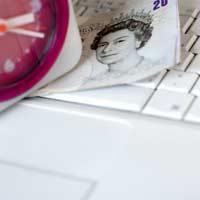 Nationwide Building Society is Britain’s second largest mortgage lenders, and highly thought of, to the extent that their figures largely track house prices and sales. It’s one of the giants in the industry, a building society that, in many ways, is as big and as influential as any bank.

Where others have demutualised and become Plcs, Nationwide (which was once called the Co-operative Permanent Building Society) has not, remaining a very large fish in a smaller pond, rather than competing directly against much larger banks.

However, its size and position means that Nationwide has literally millions in dormant accounts – they’ve estimated it at £42 million divided between 24,000 dormant accounts. To that end, in 2007 they started an extensive campaign to make people aware of their dormant accounts. Interestingly, but understandably, what they ideally wanted was for people to make those accounts live and active once, more, rather than having them withdraw the money.

They attempted to make mail contact with account holders, and appointed a search agent to try and track down others. The focus was on those whose accounts had had no activity for 15 or more years, meaning that in many instances those people would probably be dead.

As one of the largest in its field, Nationwide has the money to grow bigger and acquire smaller firms. In 2007 it did this with Portman Building Society, another of the giants among building societies (like Nationwide, it was one of the three biggest) with 1.8 million members.

Portman members had to vote on the matter. 93% of savers were in favour of joining forces with Nationwide, and 92% of those with mortgages.

As a result of this, all Portman members were in line to receive a windfall which would average £445 per person, although real figures were anywhere between £200 and £1000, depending on the size of the accounts.

Inevitably, though, a number of those due money will fail to claim their windfall. Those sums will join others in the Nationwide coffers (no Nationwide account holders will receive any windfall from the takeover), and in a few years there will be attempts to reunite people with heir money.

Although the takeover has been well publicised, some will still forget to claim, others will have moved and not given their new address, a few will believe their money has been lost in the takeover and make no attempt to claim, while some others will just be too lazy to make a claim (hard to believe, perhaps, but statistically true!).

All of that creates problems for Nationwide. The total to be disbursed in the windfall is £500 million, which is a fair amount (Nationwide has £160 billion is assets), and in all likelihood at least £50 million won’t be disbursed.

So, if you have a Portman account or mortgage, make sure you enter your claim and get the money that’s owed to you!